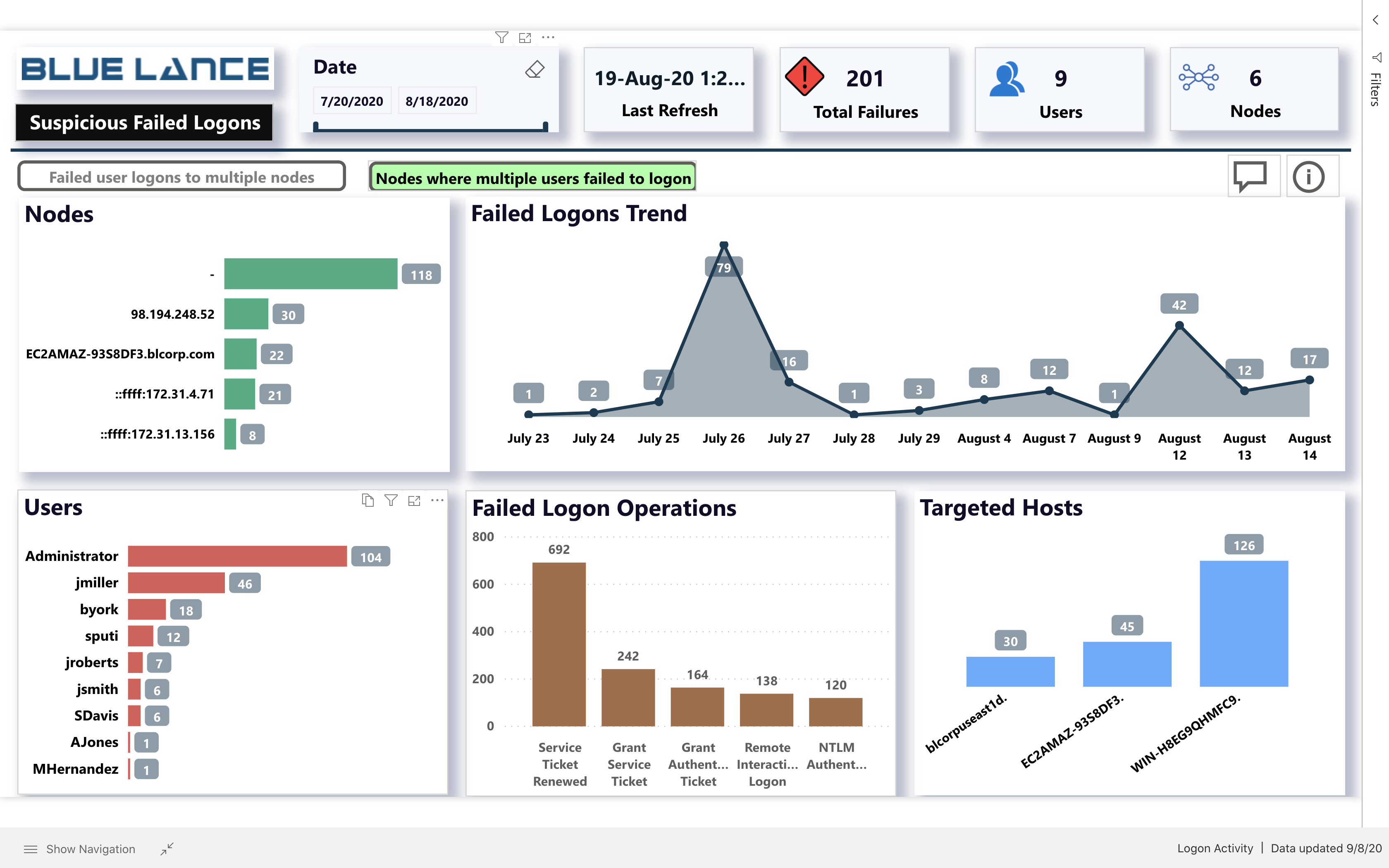 Multiple failed logins from a single user to different nodes or machines is an extremely suspicious pattern of activity that might indicate a malware infection. This could be a situation where malware on an infected host machine is attempting to move laterally within an organization.

The Suspicious Failed Logons sub-panel displays all failed logons of valid users that have attempted access to multiple nodes in the organization allowing investigators to quickly pinpoint machines that may have malware.